Join us for our upcoming webinars!

Members, sign in to register for upcoming webinars or to view past webinars

Not a member? Join now to register for this webinar and to view our library of past webinars along with many other HSA Member-only benefits and discounts. Or see below to register and pay to attend this webinar.

Sponsored by the New York Unit 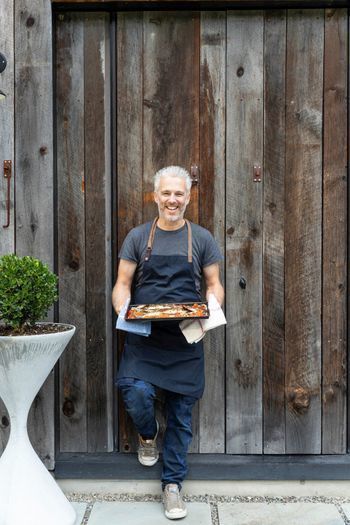 Join us for a dynamic program on the Exploration of Spice with Lior Lev Sercarz. Lior is the Chef, Spice Master and Owner of La Boîte, a biscuits and spice shop in New York. Why spices? Lior Lev Sercarz will share with you both the why and the how. During this program he will discuss how spices can elevate a dish and will demonstrate making a blend that will change how you eat forever.

Growing up Lior did the household cooking while his mother worked late. He later found himself in cooking school and decided to make it a career after working with Israeli Chef Gil Frank and enrolled at the acclaimed Institut Paul Bocuse in Lyon, France. During that time, he did an externship with Michelin-starred chef Olivier Roellinger in Cancale, France. Roellinger became known for his rare understanding of spices, blends, oils, and pastes, areas Lior found the most interesting.

In 2002, Lior brought his newfound understanding of spice blending to New York, where he landed an opportunity with Chef Daniel Boulud at his flagship restaurant Daniel as a sous chef and catering chef. He left Daniel in 2008 to start La Boîte, originally making and selling a line of French biscuits as well as experimenting with spices. In 2011, he opened La Boîte Biscuits & Spices, an art gallery and spice shop in New York City’s Hell’s Kitchen on 11th Avenue and 51st street. Today, Lior collaborates with chefs from around the world, developing custom blends, including: Daniel, Le Bernardin, Zahav, Kawi, Del Posto, Marc Forgione, and Michael Mina, among others.

Lior has written three cookbooks including The Art of Blending (2012) The Spice Companion (Clarkson Potter 2016), and his forthcoming Mastering Spice: Recipes and Techniques to Transform Your Everyday Cooking (Clarkson Potter October 2019), which offers 250 recipes informing readers on how spices change the way one makes every meal.

Up next for Lior includes the expansion of La Boite’s presence in Manhattan with a new wholesale headquarters and test kitchen on West 46th street.  He also serves as the culinary director of the Jewish National Fund-USA Institute of Culinary Arts in Israel’s Upper Eastern Galilee, set to open in 2021.

Originally from the north of Israel, Lior lives in New York’s Upper West Side with his wife Lisa and their two boys. 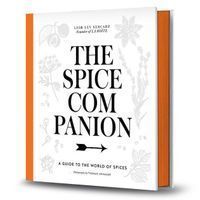