Research Grant Applications are due by January 31, 2023. 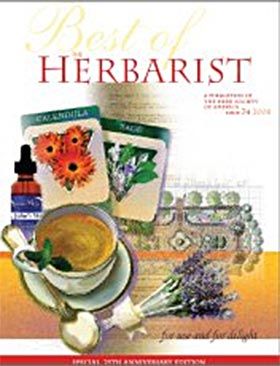 The Great Dittany of Crete: Then and Now
by Dorothy Bovee Jones - 1973

Harvesting an Herbal Tradition
by Donna A. Gerbosi-DiFulvio - 1999

The Taxonomy and Science of Herbs

A Profusion of Infusions
by Fairman R. Jayne - 1962

From Acadian to Cajun: A Taste of Louisiana Foods and Seasonings
by Madalene Hill and Gwen Barclay - 2001

The History and Gardens of HSA

Dedication of the Founder's Herb Garden at Wenham, Massachusetts
by Author Unknown - 1957

The Herb Society of America: A Kaleidoscopic View of the first 50 Years
by Priscilla Sawyer Lord - 1983

Betty Rea Remembers: Recollections on the Founding of the National Herb Garden
by Phyllis Sidorsky - 1999

Herbs for Pleasure and Use

Milkweed at the Front
by Author Unknown - 1945

Medicinals of Plant Origin: Past and Present
by William D. Foye - 1977